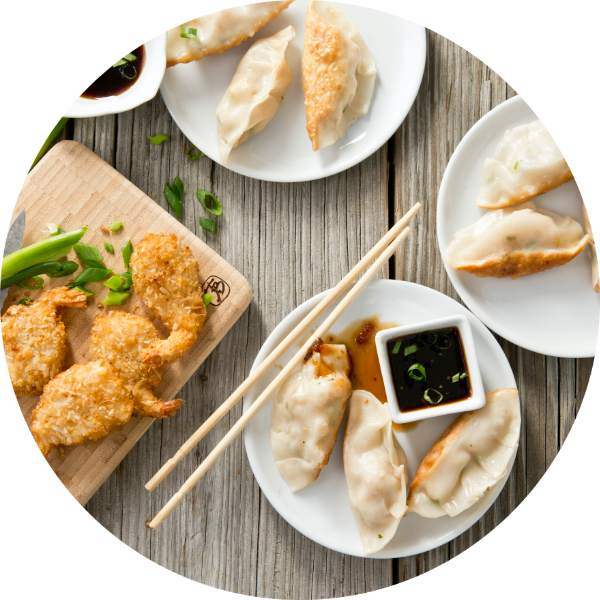 Cook the shrimp according to package directions. Set aside to cool slightly. Thaw the orange marmalade sauce. Set aside the sauce. Chop the shrimp, and mix with green onions and ginger.

Spoon about 1 tsp of the mixture in the center of each wonton wrapper, working 2 to 3 at a time. (Keep the wontons covered with a damp paper towel). Moisten the edges with water, fold, and pinch to seal.

For the sauce, mix together the provided orange marmalade sauce, soy sauce, mirin, and brown sugar. For a spicier version, stir in 1 tbsp Sriracha.