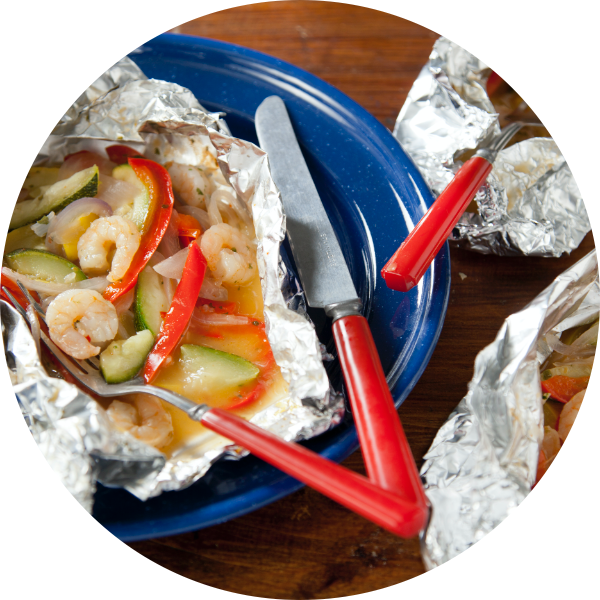 Heat outdoor grill to high. Cut 8 equal lengths of foil and make four piles that are two pieces of foil thick. Spray each double thickness of foil with non-stick cooking spray. Layer the zucchini and yellow squash in the middle of the foil. Divide the shrimp scampi among the 4 packets and top with the red bell pepper and red onion. Fold up the packets to seal in the steam. Place packets on the grill and cook until vegetables are tender (approximately 15 to 20 minutes).